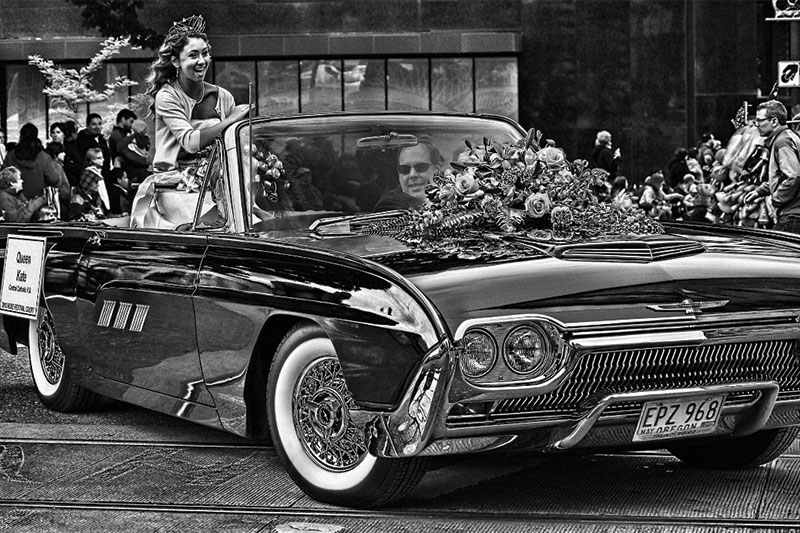 The Historic Stairwell in The Benson is a twelve story original marble stairwell that tells the story of how Simon Benson, founder and designer, and architect A.E. Doyle, built The Benson in 1912, and its transformation over 100 years.Simon Benson spent a decade of public service directed to the State of Oregon and the City of Portland, and his many contributions are highlighted in the stairwell. 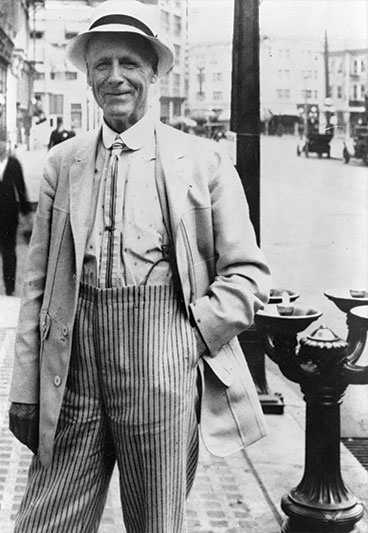 The Benson Hotel, listed on the National Register of Historic Places, is a Portland landmark. The Historic Stairwell features over 50 other famous landmarks in Portland, with photos dating back to 1847. It showcases the story about how Portland got its name (and other recognizable nicknames), and many fun facts about Portland. Learn about our city’s annual Rose Festival and its roots in tradition for over a hundred years, and why SW Broadway was once called “the brightest street in the world”. 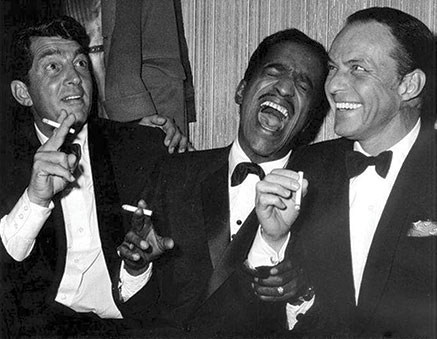 Film stars, musicians, athletes, Presidents, and other luminaries have all marveled at the timeless beauty of Portland’s historic hotel. See rare photos and read stories about their visits to The Benson.

As a guest of The Benson, we welcome you to visit the Historic Stairwell, and learn more about the storied history of our hotel, the city of Portland, and its many iconic treasures!

The Benson, a historic downtown Portland hotel, has long catered to celebrities, CEOs, dignitaries and every U.S. president since William H. Taft. It offers guests 287 tastefully appointed guest rooms, including a variety of suites, 18,000 square feet of meeting space and abundant guest amenities. Whether you are traveling for pleasure or business, The Benson offers comfort, luxury and proximity to all Portland has to offer.

"Considering all circumstances, standards were thoroughly met when it comes to class, cleanliness, friendliness, professionalism, and timeliness. Thank you to The Benson family for taking care of us and being as personable as ever. You made us feel as if we were home, but not. 5 stars for sure."